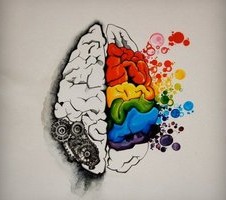 Currently, 47 percent of Americans view being gay or lesbian as a sexual orientation individuals are born with, while 33 percent instead believe it is due to external factors such as upbringing or environment. That 14-percentage-point gap in favor of “nature” over “nurture” is the largest Gallup has measured to date. As recently as two years ago, the public was evenly divided.

The movement toward viewing same-sex orientation as an innate preference follows the larger trend in Americans’ more positive attitudes toward gays and lesbians. The May 2-7 poll also finds that sixty-five percent of Americans believe gay or lesbian relations between consenting adults should be legal, numerically the highest Gallup has measured by one percentage point, but not materially different from what Gallup has measured for the past three years. From 1986-1988, only about one-third of Americans thought gay and lesbian relations should be legal.

The Seattle Lesbian online magazine reaches over 188,000 per week globally.