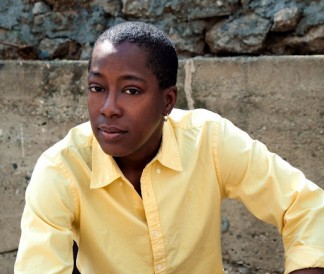 Cheryl Dunye is an award-winning filmmaker and native of Liberia whose work as a queer black cinema artist attempts to provide visibility to disenfranchised identities and bring the most marginalized of our society to the center. She has five feature films under her belt and currently works as an Associate Professor of Film, Diversity Studies, and the Graduate Writing Programs at California College of the Arts.

Now, Dunye is working on a new project titled “Black Is Blue,” a short film she plans to develop into a larger work that follows the experiences of a black trans male security guard who struggles with his identity after confronting an ex from his former life.