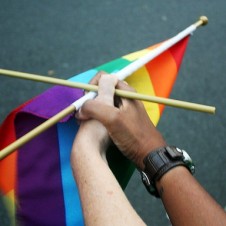 After being together for five years, Heather and Maria “Mar” del Mar are making their final preparations in anticipation of a ruling from the Supreme Court that could mean they can stay together in the United States. Although Mar has legal status because she’s living in the United States on a work visa, it expires in November. Section 3 of DOMA, which prohibits federal recognition of same-sex marriage, has blocked the New York City couple, who married in 2011, from a more permanent solution.

If the court rules DOMA is unconstitutional, blocking the U.S. government from enforcing it, USCIS will have no legal reason to withhold the marriage-based green card from Heather and Mar. And what if the Supreme Court rules in favor of DOMA? Heather said it’s not an outcome they like to consider, but in that event, they’d pursue additional litigation, find a way to renew Mar’s work visa and push for the inclusion of gay couples in comprehensive immigration reform legislation.