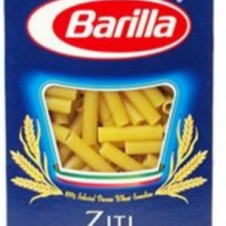 Italy’s Barilla Pasta came under fire in September when the company’s chairman made comments that sparked a backlash and boycott from the lesbian, gay, bisexual and transgender (LGBT) community. Guido Barilla stated that his companysupports “traditional” notions of family and that anyone who disagrees could “eat another brand of pasta” during a radio interview. On Nov. 4, the company made an announcement that seeks to change all of that, telling that public that they would be introducing a Diversity & Inclusion Board to the company and a Global Diversity Officer. In addition, they would participate in the Human Rights Campaign’s (HRC) Corporate Equality Index.

“Diversity, inclusion and equality have long been grounded in Barilla’s culture, values and code of conduct. They are reflected in our policies and the benefits we provide to all employees, regardless of age, disability, gender, race, religion, or sexual orientation,” Chief Executive Officer Claudio Colzani noted on Barilla’s website. “At the same time, we are committed to promoting diversity further because we firmly believe that it’s the right thing to do.”