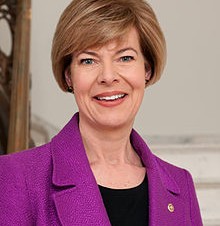 Lesbian Sen. Tammy Baldwin (D-Wis.) is leading a new effort to call on the Department of Health & Human Services for an update on the process with which reviewing its regulatory ban prohibiting gay and bisexual men from donating blood.

In a public letter dated Aug. 2, Baldwin as part of 86 members of the House and Senate asks Secretary of Health & Human Services Kathleen Sebelius for an update on the previously announced reevaluation of the policy, saying they’re “deeply concerned about the timeline of such research.”

“Our current policies turn away healthy, willing donors, even when we face serious blood shortages,” the letter states. “Further, the existing lifetime ban continues to perpetuate inaccurate stereotypes against gay and bisexual men, and fosters an atmosphere that promotes discrimination and discourages individuals from HIV testing and treatment services.”