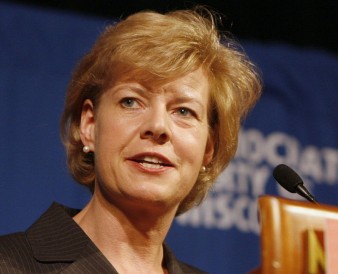 Rep. Tammy Baldwin (D-Wisc.) encountered what her supporters say was a “gay-baiting” attack from a senior political adviser to former Wisconsin Gov. Tommy Thompson, her Republican opponent in her race for a seat in the U.S. Senate.

On Sept. 5, one day before Baldwin spoke before the Democratic National Convention on the theme of “heartland values,” Thompson campaign staffer Brian Nemoir circulated a video through email and Twitter showing Baldwin dancing at a gay Pride festival.

“Clearly, there’s no one better positioned to talk ‘heartland values’ than Tammy,” Nemoir said in an email to Wisconsin news media outlets.