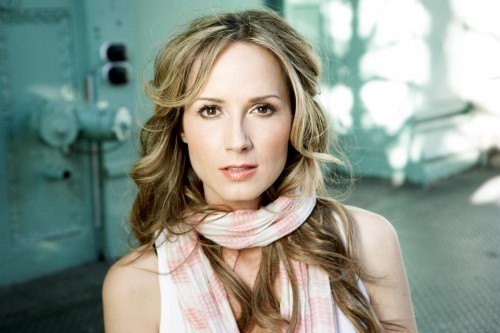 All-American girl Chely Wright shocked the nation when she became the first U.S. country singer to declare her love for women two years ago with her seventh musical release “Lifted Off the Ground” and her confessional memoir “Like Me: Confessions Of A Heartland Country Singer”.

The country music world turned its back on the award-winning singer with only country legend Mary Chapin Carpenter and a little known country girl group SHeDAISY speaking out publicly in support of Chely.

Privately, a couple of Chely’s friends reached out to her telling her that they were, “really proud of you. Good job,” “I didn’t know, sorry you’ve been in pain,” and “I love you,” she says, but when the public spotlight was on them they didn’t comment or simply avoided answering the question.

However, the LGBT community embraced Chely, welcoming her into the folds inviting her to events and helping her through the journey of living her life fully and openly.

Since coming out she’s become an outspoken advocate for lesbian, gay, bisexual, and transgender rights founding the Like Me Lighthouse, an LGBT community center in Kansas City, Kan., where she was born and raised, and married her wife Lauren Blitzer last year. Chely has also been making up for lost time in the LGBT community, from a time when she couldn’t even fathom the community that awaited to embrace her and shower her with adoration and love, entertaining, such as at The Dinah!, in Palm Springs, Calif., and Capital Pride in Washington, D.C. and supporting events, such as the National Center for Lesbian Rights, based in San Francisco.

Chely also continues her work with at Reading, Writing and Rhythm, an organization that has raised more than $1 million over the past dozen years bringing musical instruments and granting money to public schools across the United States.

Now a new documentary, “Chely Wright: Wish Me Away,“ revisits that time in Chely’s life giving her audiences an private look into the tumultuous period before and after she came out publicly. Chely gave filmmakers Bobbie Birleffi and Beverly Kopf full access to her life to film” Wish Me Away“. She didn’t even view the film during screening edits, leaving her story fully in the hands of the filmmakers, she tells Girls That Roam.

“I’m proud and I’m happy that we did it. Hopefully, it will give some people some insight into what a daunting life it is to hide and a toll it takes on a person,” she continues, believing that celebrities who are ready to come out should.

“I felt uniquely positioned in my world of country music,” she says wanting to use the “public capital” as an all-American “good girl” who is a philanthropist. “I wanted to use that public capital well. If there is a 15-year-old kid that is thinking about telling her dad that she’s gay and is afraid to tell her dad, but her dad’s favorite country singer happens to be gay what a great way to use my voice.”

Chely’s fans can expect to see the singer at the depths of the closet where she didn’t even acknowledge the LGBT community existed for fear of wanting to participate, but not being able to in fear of losing her other dream: country music. 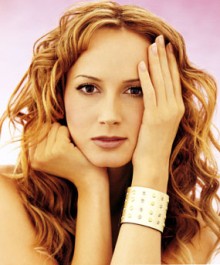 A soon as she graduated from high school, Chely packed her bags and moved to Nashville to become a country singer. She made it big in 1997 with the smash hit “Shut Up & Drive” in 1997. Her fourth musical release, “Single White Female,“ went gold in 1999.

Dreams coming true couldn’t heal the loneliness and pain lying about her true self.

“It transcends not seeing myself in the country music world,” says Chely about how she felt before she sat across from Oprah on TV and gracing the covers of Curve and People magazines claiming her truth. “I didn’t see myself anywhere. I didn’t see an image of me in my town or in my school … it was beyond frightening. It was beyond confusing. It was a color I couldn’t identify. It was a sound that I couldn’t identify. It was something so foreign to me that I felt like an alien is the best way that I can say it I felt like.”

“I always felt isolated,” she continues recalling the profound loneliness she felt that led her to holding a barrel of a loaded gun in her mouth ready to end her dream and nightmare in an instant. “Part of being in the country music community is that that fraternity and sorority of kinship and collaboration. So, it was a push and pull … I want in but I can’t get too far in, I want to belong, but I don’t belong. It was exhausting and it was scary.”

Fortunately, Chely is a fighter, during her darkest moment she had an epiphany and decided to sing a new song.

Today, Chely, who has sung proudly for U.S. troupes in Afghanistan and Iraq up to eight times and has performed in Italy, Japan, South Korea, Norway, Germany, South America to name a few places she’s traveled to, would like to see Australia and Egypt.

Truly, seeing the world is the best part of her job and “music has taken me there,” says Chely, who never travels without the angel that her niece gave to her years ago in Las Vegas.

“I love it. I really love waking up and putting my feet down in different sand or soil each day. It’s the best part of this job … I get to put my feet down on different parts of the earth,” she says.

Yet, out of all of the places she’s traveled to or dreams of visiting she remains fascinated by North America, particularly America’s big cities and small towns and Canada’s prairies.

“I couldn’t begin to pick a favorite place or the most fascinating place. They are all pretty fascinating,” says Chely, pausing for a moment before continuing, “Actually, the United States, when you break it down and take a second to really metabolize it, the U.S. is fascinating — small town America is fascinating, big major cities in America [are] just riveting, the prairies of Canada [are] just beautiful.”

In spite of enjoying all of the places she goes to, nothing beats being home either in New York or Nashville, she says.

“Oh, god, it’s the greatest thing in the world,” says Chely, who simply loves vacationing at home. “Home is where I want to be. My apartment or my house in Nashville is where I want to be coming home, flipping open my suitcase, putting my laundry right in the washer, [and] getting in my spot on my couch and my bathtub — its great. It’s a great feeling — my pillow, my bed.”

This article was originally published by GirlsThatRoam.com, a women’s online travel magazine and community.

One Response to “Backstage with Chely Wright”