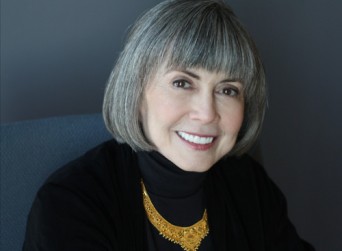 When bestselling author Anne Rice congratulated actress Ellen Page via Facebook on February 15 for having the courage to publicly come out as a lesbian, not everyone on Rice’s page shared her sentiment; not even a day later, Rice posted that she had had enough of the homophobia.

“Our post commending actress Ellen Page for her courage in coming out as gay attracted a lot of hostility and hate and hate speech — as well as positive and substantive comments. I have banned many from the page today. I will no longer tolerate hate speech in the guise of Christian belief with the usual irresponsible pick and choose bible quotes and talk of “sin” and hellfire. I have had enough of it, and I think the world has had enough of it too. Again, I commend Ellen Page for her bravery in coming out. I hope more celebrities and public figures will be inspired to do so. Anyone who thinks this does not matter is deceiving himself or herself. It matters very much. Gay people in all walks of life suffer from bigotry, bias, superstition, and ignorance. Hats off to Ellen Page! (And please do NOT come here to tell us publicly that you “don’t care.” If you don’t care, don’t expect us to care that you don’t care!).”