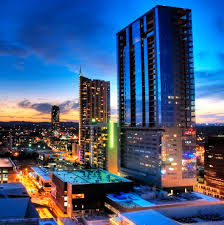 The city of Austin, Texas, is working on an initiative to draw in more LGBT tourists to what some call “The Live Music Capital of the World. The president of the AGLCC (American Gay and Lesbian Chamber of Commerce), Jimmy Flannigan, said in a press release, “LGBT tourism represents a great opportunity for Austin — an opportunity that definitely has not been fully tapped. The AGLCC looks forward to collaborating with the Convention & Visitors Bureau and the city manager to grow LGBT tourism and create more economic opportunity for all of Austin.

Though Texas is unlikely to come up in lists of gay-friendly states, its capital is known for its desire to “Keep Austin Weird.” The travel site Gay Cities describes Austin’s gay scene as”well integrated throughout this tolerant and pretty city.” According to its overview of Austin, “The downtown warehouse district is the home to a number of gay bars and a few gay bars and clubs are sprinkled around town. The numerous universities (UT, ACC, St. Edwards, and Texas State University) and the city’s strong tech industry (Apple, Dell and Intel have offices here) make for a young vibrant crowd and it seems like there are people from everywhere here.”