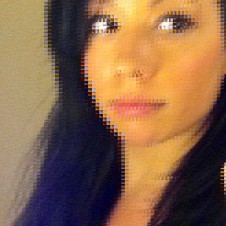 Natasia, our resident Hot-advice-givin’-Femme, is back to to help you solve lesbian life’s toughest problems. Have a question for Femme? Email her.

Since I was in high school, I have thought about and messed around with women on a few occasions. I had actual relations with only one girl. That story ended up being a very destructive one which completely negated and perhaps suppressed every concept of women being together. While I was messing around with my “girlfriend,” I sort of came out to my boyfriend — and that boyfriend is my husband now. I thought my feelings and thoughts about women were completely behind me until recently.

My husband is away at work for three months and I keep wanting to venture out to some lesbian watering hole to see. See what? I am not sure. 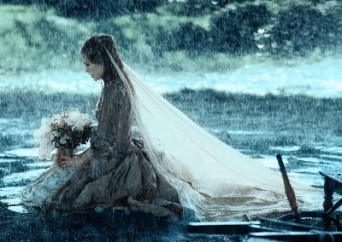 You know the whole idea about opening Pandora’s Box and then being in a lot of trouble? I don’t want to hurt my husband. Also, I don’t think I am a lesbian or a bisexual person. How do I know I know if I am or not? I hope this doesn’t sound too cliché, but I don’t know if my college experiences qualify as legit experiences toward how I classify myself sexually. At times, I feel like I got stuck in the fad of being temporarily into women (my friend in college fell into the same pattern. I feel like we did that together just for the fun of it because we were so bored with ourselves, as awful as that sounds). I sometimes tell myself that messing around with women is absolutely gross. In reality, I do that only because I am afraid to admit the truth to myself — whatever the truth may be.

I have spent a lot of time online trying to figure out if I want to go to Ginger’s Bar or places such as, to see if I am attracted to any lesbians. However, I don’t think I would be able to go by myself and look. I cannot tell anyone either or ask for company. Plus, from what I read, a lot of places in NYC cater to non-girly women that I often find attractive. I also don’t think it’s fair to lie to somebody that I am not married, if I do meet someone. Any advice?

There’s a lot to unpack here. Femme is gonna deal you some tough love — but I hope it will help you resolve the conflict that’s troubling you!

First of all, you say maybe you were just into women because you were bored. Um. No. Not unless you have been bored through high school and college and while you were dating your future husband…who you cheated on.

I know this sounds harsh but it will feel better to take responsibility for your actions. Don’t pass your attraction to women off as “being bored.”  Trying to get yourself back on the straight and narrow by convincing yourself that girls hooking up with girls is gross won’t work either. You are hurting yourself and you are hurting your husband.

Experiences don’t define sexuality… But let me tell you how I know you’re probably bisexual or a lesbian. Straight women don’t worry nearly as much about being queer as you do. If you were straight and maybe experimenting in high school or college, the ‘phase’ would be over by now since you’re married.
I’m not going to tell you where to go to meet hot women or how to do it. It sounds like it is really what you want but if you then feel torn about it and think things like “girlsex is gross and always ends horribly!” you’re not going to be making any personal progress. It seems like you want me to sanction you cheating on your husband with a woman, but you don’t need my permission to “be bored” and have sex with a woman. Guess whose permission you need to do that?
Right, the permission of the person you married and, frankly, permission from yourself. Tell yourself that it is okay to pursue your desires when you are honest within existing relationships. Tell your husband you are lonely when he’s gone and you want to explore your bisexual leanings. Tell him you’ve obviously been very conflicted and confused for most of your post-pubescent life and you would like a chance to mingle with some queer women and figure it out once and for all. If he understands where you are coming from, great! Go find a willing lady. If he isn’t into it, I recommend you go to a therapist and talk through your internalized homophobia and how to make peace with bisexual tendencies which you are unable to explore because you are monogamous with a man.

The last point I would like to make is that nowhere do you mention how happy you are with your husband or how great he is, blah blah blah. All that couple stuff and qualifiers I usually get from people in sexually incompatible partnerships is missing from this (long) email. You might want to examine your relationship and see if this marriage what you want, or if you need time to figure out yourself. There’s no shame in figuring out who you are and what you really want. Honesty, integrity and respect are key factors in getting what you want without opening that Pandora’s Box.
Good luck, Honey. If you see me in Ginger’s, say hi!

xoxo
Femme
Have a burning question for Femme? Email her.

Natasia Langfelder is just a girl, writing about girls in New York City. Read more of her work at Hot Femme in the City.