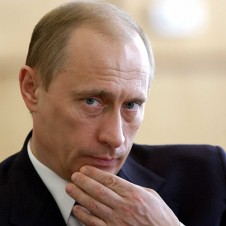 Russian President Vladimir Putin has said he will sign the legislation into law if it passes the upper house.

With an unanimous and overwhelming vote of 443 to 0, lawmakers in the lower house of Russia’s Federal Assembly passed another piece of anti-LGBT legislation, banning foreign same-sex couples or those from countries that have legalized marriage equality from adopting Russian children. The final reading and vote will take place on June 21 before it heads over to the Federal Council, Russia’s upper house.

“This is a dangerous crackdown on free speech. No one will be safe from the witch hunt that will ensue, not gay people, not straight people, not even foreign businessmen and women traveling to Russia,” All Out co-founder Andre Banks said in a press release. According to the Moscow Times, Politician Yelena Mizulina further suggested a bill to remove children from LGBT couples as they are considered “non-traditional folks