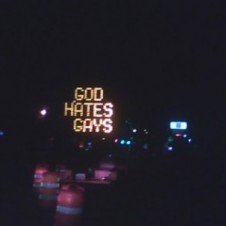 We beg to differ.

Opponents of LGBT equality often speak in prepared statements, but in private, their rhetoric is much more candid. This week, blogger Jeremy Hooper had the chance to see just how vile it can get. There is an email list of over seventy social conservatives that allows them to coordinate with each other, and in their own company, the anti-gay rhetoric apparently flows quite freely. This became a concern for Alan Chambers of the ex-gay group Exodus International, an organization that has moved away from its harsher past of claiming to “cure” homosexuality — so much so that Chambers added Hooper to the list so he could see just what was being said.

Among the many responses to Hooper being added to the list was a response from Robert Gagnon. Gagnon is helping to organize the Restored Hope Network, the ex-gay group that splintered off to insist that “Jesus Christ provides hope for transformation to broken sexual sinners.” Despite his extreme promotion of ex-gay therapy, Gagnon is featured every year at the National Organization for Marriage’s “It Takes A Family” conference. He responded to the email thread with a long screed attacking homosexuality as a “perverse behavior” worse than bestiality.