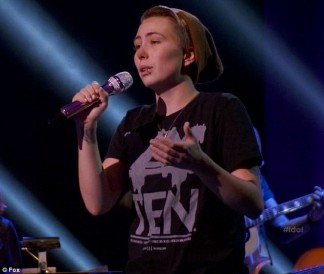 “American Idol” has had gay contestants in the past, but none of them have come out publicly until their time on the show was done. This week, though, MK Nobilette made “Idol” history by being the first contestant to be openly gay on the show.

“I’m very obviously gay,” she told the judges. “And there are always going to be people in America and everywhere else who are definitely going to hate. But I think in the last two years there have been a lot of things that have definitely changed that, and have really made it a positive thing.”