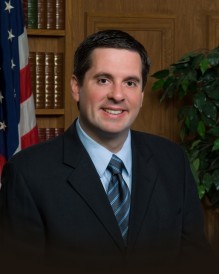 U.S. Rep. Devin Nunes (R-Calif.) is one of 14 members of the U.S. House of Representatives from California who received a “0” rating on LGBT issues from the Human Rights Campaign’s 2010 Congressional Scorecard, which has a rating scale of 0 to 100.

Nunes and most of the other U.S. House members with a 0 rating in the state — all Republicans — represent districts inside or bordering on California’s Central Valley, a vast rural and agricultural region in the interior and eastern part of the state.

The region has traditionally elected conservative Republicans to Congress and to the California Legislature.