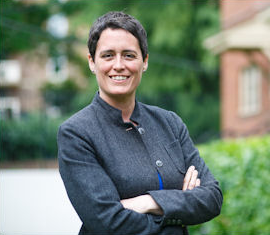 The race for Maryland governor may make history this year. If Delegate Heather Mizeur wins, she will not only be the first female governor of Maryland but also the first openly gay official to grace the state’s political system. Mizuer has been in politics for almost two decades since she held her first job as a legislative director to Representative Joseph P. Kennedy II of Massachusetts in 1995 and later the Director of State Affairs at the National Association of Community Health Centers in 1998.

Mizuer has a strong vision for Maryland and not only plans to focus on the LGBT community, but has set goals to improve in areas of health, environment, education, and employment opportunities.