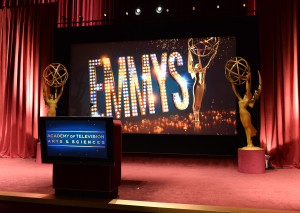 The 2013 Primetime Emmy Awards are happening Sunday night, and while there’s plenty of stuff to excite us about the telecast, we can’t help but wonder what TV’s greatest awards show would look like if nominations were made and trophies were voted on by the readers at AfterEllen. So we actually decided to go ahead and imagine that scenario right out loud. For one thing, we’d honor women all night long. And also, we’d probably add a couple of new categories, just to make sure we covered all the really important stuff.