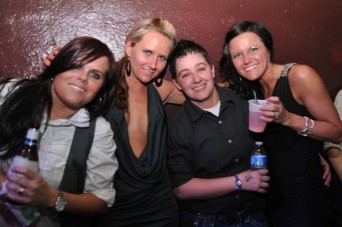 Wherever one travels, it’s always nice to feel as though you’re among friends. For lesbians, it’s sometimes difficult to find a welcoming bar or club when jet-setting around the world.

In order to help you follow the rainbow wherever you may roam, Lesbian.com compiled this list of some of the best gay and lesbian bars from around the world. Not all are “lesbian-only” but they are “lesbian-welcoming.”

We’ve provided website links wherever available and a brief description for the bars that aren’t conveniently found on the web.

Italy
Rome — Garbo
Garbo’s is a small gay cocktail bar in the Travestere district which attracts young LGBT locals and tourists. Garbo’s offers good music and food and a selection of beers, cocktails and wines.

Mexico City — Butterflies
A traditional Mexican gay club located in a huge warehouse, playing the best dance music (English and Spanish pop) and offering some of the most professional drag and strip shows in Mexico.

Seattle — The Wildrose Bar and Restaurant

Want to tell us about your favorite lesbian-friendly bar? Just drop a note in the “Leave a Reply” section below.