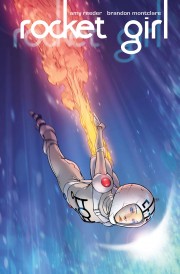 Yesterday, the folks over at MTV Geek posted a list of their most anticipated new comic books landing this fall, so we thought we’d use it as a springboard to make our own, similar list. Female-fronted titles are still kind of a rarity in the wide world of comics, but there are some new books from some awesome lady writers coming our way this season, including stories from Gail Simone, Amy Reeder, Kelly Sue Deconnick, and the incomparable Allie Brosh. At least we’ll have something to pad our pull lists with, in case things over at “Batwoman” take a turn toward awful.

Check out out list here and weigh in with your picks in the comments!